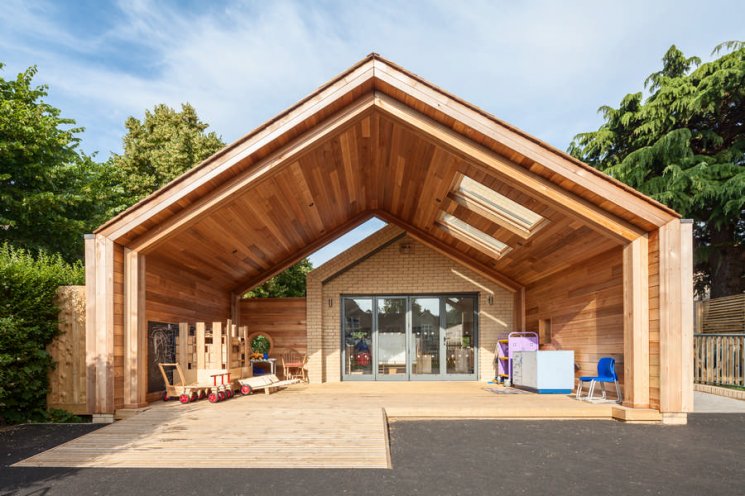 No reliable statistics exist — it’s not the sort of thing you can audit — but England is surely the most haunted country on earth. And haunted not just by white ladies, ghosts, headless highwaymen, spooks and phantoms, but by a recurrent dream of Eden and other more recently lost pre-industrial worlds.

Thus follies and summer houses, Eden’s buildings, are among the nation’s most distinctive contributions to world architecture. They might be ‘fragile and neglected trivia’, according to Clough Williams-Ellis, but their ghosts remain and every garden centre pays tribute to a collective yearning for open-air theatricality, so that dreams dreamt in Shugborough might be replicated in Solihull.

If you had made a fortune from slaves or sugar, you would build yourself a country house with follies in the garden. There were certain preconditions besides wealth: idleness, wit and a taste for delicious melancholy. Additionally, the folly builder had to possess a sense of delight together with a tolerance of bold approximation in matters of commodity and firmness. But, most of all, he needed a belief in the evocative power of architecture — even of the sham sort.

At Painshill Park in Surrey, you find a Gothic Tower, a Gothic Temple, a Turkish Tent, a Chinese Bridge and a Crystal Grotto. One sight of the Tatton Sykes Memorial Tower at Sledmere in Yorkshire is enough to prompt a thesis on the strange, tormented psychology of the propertied classes. ‘Vain then are pyramids, and motto’d stones/ And monumental trophies raised on high!’ At least, according to John Cunningham in 1761.

The year 1953 was an annus mirabilis for folly studies. Barbara Jones published her Follies and Grottoes, still the best work on the subject, and it was reviewed in The Spectator by Williams-Ellis, no less, the Welsh architect whose own Mediterranean fantasy at Portmeirion, near Porthmadog, is a gelato-tinted, baroque-inflected folly in the grand manner.

But in the same year, an even more memorable book described the larger poetics of architectural confectionery. This was Rose Macaulay’s epic The Pleasure of Ruins. The proposition here is that even more beautiful than beauty are the ruins of beauty. Macaulay’s was a vision of satyrs, screech owls, broken columns and overgrowth all richly conducive to introspection. Pleasure to be taken in follies sounds a note of perversity, as Henry James said. Thus, precisely revealing of the national character.

There were European prototypes and exemplars. The Sacro Bosco (Sacred Wood) at Bomarzo near Viterbo or the bizarre Villa Palagonia at Bagheria near Palermo. Perhaps François Racine de Monville’s Maison Colonne (Column House) at the Désert de Retz near Versailles (pictured on p33), where a gigantic broken column becomes a dwelling. But it was the English who created the unique synthesis of the folly. It was the English who realised that melancholy could be positively fun and set aside parts of their gardens for cultivating it.

Thus one early example of the folly was the garden hermitage with its resident ornamental hermit, a poor soul hired to live in solitary deprivation to stimulate higher thoughts in the minds of observing visitors. At Selborne, Gilbert White had his brother dress up as a hermit and strike abject poses when visitors were expected.

The word ‘folly’ comes from the French folie, which means foolishness. And an element of madness was no doubt essential to the conception of these monuments to eccentricity. Follies could take many forms. An occupied hermitage, of course, but ruined castles, kiosks, cottages, pyramids, altars, temples of virtue, alcoves, sepulchres, labyrinths, pavilions, pagodas and towers were all part of the repertoire. Many of the greatest architects designed them: Soane, Vanbrugh, Wren, Hawksmoor, the Adamses and Nash. But there were folly specialists too: Sanderson Miller almost single-handedly populated West Midlands gardens with ruined castles.

Follies had to be eye-catching. That was the whole point. Alas, they were often made of cheap materials and deteriorated quickly, becoming ruins of ruins. At Fonthill near Bath, William Beckford, who had launched his career as an eccentric by planting a million trees to hide his house, and building a wall seven miles long and 12 feet tall to deter uninvited guests, had James Wyatt build an ‘abbatial folly’ in 1812. Alas, Wyatt’s technique of using timber stuccoed with cement proved structurally unsatisfactory, even as it enabled the rapid creation of absurd cathedral dreams — with a confidence not detained by pedantry. Fonthill collapsed.