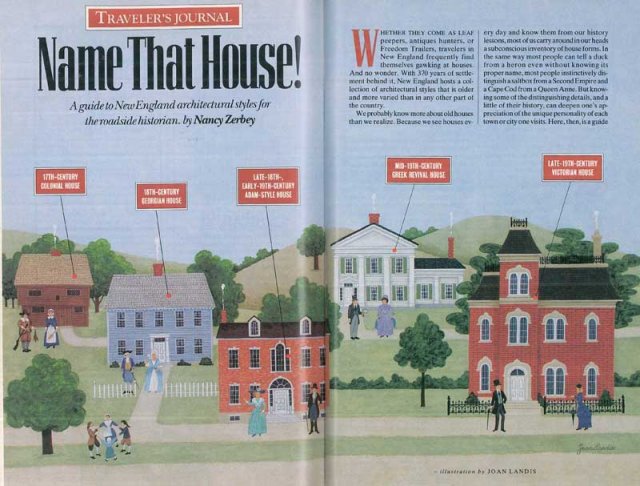 The Alaska Architectural Style Guide is meant to be an introduction to architectural styles commonly found in Alaska, intended for people with little or no familiarity with architectural styles or terms. The styles are broken down by the Period or Movement they are traditionally associated with. Keep in mind that although a style was most popular during the period given, examples of the style could pre- or post date the span of dates listed. A short history is provided for each style as well as list of primary stylistic features and secondary stylistic features. These considerations will provide useful guidance when examining the significance of a building for National Register listing under Criterion C. The considerations are meant to assist, but not dictate a specific outcome. For a property to be eligible under Criterion C it must embody the distinctive characteristics of a type, period or method of construction, or that represent the work of a master, or that possess high artistic values, or that represent a significant and distinguishable entity whose components may lack individual distinction. Additionally, the property must have sufficient integrity to convey its significance. Integrity is specific to the property being considered; therefore, it is not addressed in this document.

The term Victorian architecture refers collectively to several architectural styles employed predominantly during the middle and late 19th century. The period may slightly overlap the reign of Queen Victoria, 20 June 1837 - 22 January 1901. The styles often included interpretations and eclectic revivals of historic styles mixed with the introduction of middle east and Asian influences. The name represents the British and French custom of naming architectural styles for a reigning monarch. Within this naming and classification scheme, it follows Georgian architecture and later Regency architecture, and was succeeded by Edwardian architecture.

Building designs of this era were intended to be more exact versions of earlier architectural styles and traditions, inspired by elements of various European styles combined to create new styles. In the Late 19th Century there was a desire to create buildings that were more closely modeled after the original forms that inspired them. The larger size and scale, and arrangement of details set the buildings of the later Colonial Revival and Classical Revival apart. The Spanish Revival and Tudor Revival style, also looked back to the buildings of America's colonial period.

The late 19th and early 20th century saw transitions architecturally, into a new era of building. We saw changes in construction techniques, especially the development of sky scraper technology, and a new designs creating houses that fit visually into the environment. The Bungalow or Craftsman style is a style that popped up at the turn of the 20th century and became widespread throughout the country inspired by the English Arts and Crafts movement. Known for their heavy columned front porches, front facing gables, and overhanging eaves, Bungalow style houses often have exposed rafters and other decorative wood trim as well. The styles of this period set the stage for even greater change in architectural theory and practice in the years to follow.