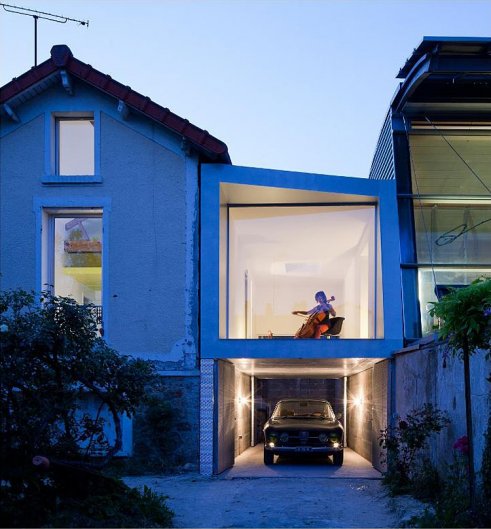 Today at Hot Chips in Cupertino, I had the opportunity to present the latest update to our ARMv8-A architecture, known as the Scalable Vector Extension or SVE. Before going into the technical details, key points about ARMv8-A SVE are:

I’ll first provide some historical context. ARMv7 Advanced SIMD (aka the ARM NEON instructions) is ~12 years old, a technology originally intended to accelerate media processing tasks on the main processor. It operated on well-conditioned data in memory with fixed-point and single-precision floating-point elements in sixteen 128-bit vector registers. With the move to AArch64, NEON gained full IEEE double-precision float, 64-bit integer operations, and grew the register file to thirty-two 128-bit vector registers. These evolutionary changes made NEON a better compiler target for general-purpose compute. SVE is a complementary extension that does not replace NEON, and was developed specifically for vectorization of HPC scientific workloads.

Immense amounts of data are being collected today in areas such as meteorology, geology, astronomy, quantum physics, fluid dynamics, and pharmaceutical research. Exascale computing (the execution of a billion billion floating point operations, or exaFLOPs, per second) is the target that many HPC systems aspire to over the next 5-10 years. In addition, advances in data analytics and areas such as computer vision and machine learning are already increasing the demands for increased parallelization of program execution today and into the future.

Over the years, considerable research has gone into determining how best to extract more data level parallelism from general-purpose programming languages such as C, C++ and Fortran. This has resulted in the inclusion of vectorization features such as gather load & scatter store, per-lane predication, and of course longer vectors.

A key choice to make is the most appropriate vector length, where many factors may influence the decision:

Rather than specifying a specific vector length, SVE allows CPU designers to choose the most appropriate vector length for their application and market, from 128 bits up to 2048 bits per vector register. SVE also supports a vector-length agnostic (VLA) programming model that can adapt to the available vector length. Adoption of the VLA paradigm allows you to compile or hand-code your program for SVE once, and then run it at different implementation performance points, while avoiding the need to recompile or rewrite it when longer vectors appear in the future. This reduces deployment costs over the lifetime of the architecture; a program just works and executes wider and faster.

Scientific workloads, mentioned earlier, have traditionally been carefully written to exploit as much data-level parallelism as possible with careful use of OpenMP pragmas and other source code annotations. It’s therefore relatively straightforward for a compiler to vectorize such code and make good use of a wider vector unit. Supercomputers are also built with the wide, high-bandwidth memory systems necessary to feed a longer vector unit.

However, while HPC is a natural fit for SVE’s longer vectors, it offers an opportunity to improve vectorizing compilers that will be of general benefit over the longer term as other systems scale to support increased data level parallelism.

It is worth noting at this point that Amdahl’s law tells us the theoretical limit of a task’s speedup is governed by the amount of unparallelizable code. If you succeed in vectorizing 10% of your execution and make that code run 4 times faster (e.g. a 256-bit vector allows 4x64b parallel operations), then you've reduced 1000 cycles down to 925 cycles, providing a limited speedup for the power and area cost of the extra gates. Even if you could vectorize 50% of your execution infinitely (unlikely!) you've still only doubled the overall performance. You need to be able to vectorize much more of your program to realize the potential gains from longer vectors.

So SVE also introduces novel features that begin to tackle some of the barriers to compiler vectorization. The general philosophy of SVE is to make it easier for a compiler to opportunistically vectorize code where it would not normally be possible or cost effective to do so.