In this section we give you our own assessment of the Top 20 boys only independent senior boarding schools in the UK for 2015. These positions are compiled from...

St Stephen’s Cathedral (Stephansdom), situated at the heart of Vienna, has survived many wars and is now a symbol of the city’s freedom. The Gothic cathedral stands...

equiluxshutters Thursday 15, September 2016 08:22 AM
RT @6tconstruction: @6tconstruction Autumn Newsletter for Architects is out today - dm your email address if you want a copy! #architect #r… 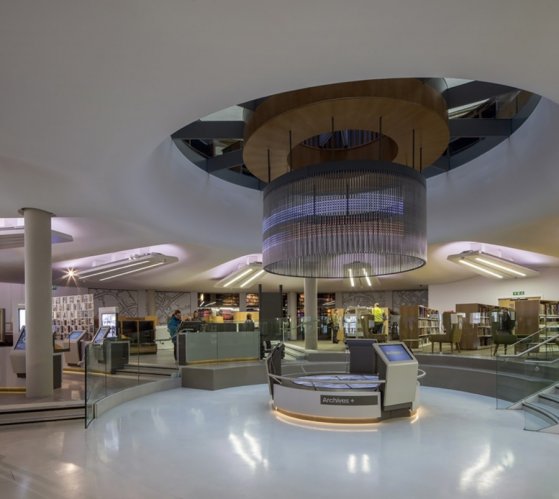 After graphene was first isolated at The University of Manchester in 2004, the University set about creating a new home for the superlative one-atom thick material to enable academics and industry to work side-by-side on the applications of the future. The result - the £61m National Graphene Institute (NGI), which was opened last year by Chancellor of the Exchequer George Osborne - has just been honoured in the RIBA (the Royal Institute of British Architects) National Awards, the most rigorous and prestigious accolades for new buildings in the UK.

The building will now enter the shortlist for the coveted RIBA Stirling Prize for the UK’s best building of the year, which last year featured the University’s revitalised Whitworth Art Gallery.

The world-leading facility comprises more than 7800 square metres of collaborative working space, which includes a number of bespoke research laboratories, as well as office accommodation, social and seminar space. It also boasts 1500 square metres of cleanrooms, which is the largest academic space of its kind in the world for dedicated graphene research.

It also features a unique rooftop garden, which is home to 21 different grasses and wildflowers designed to attract urban bees and other species of pollinators.

The research centre is accelerating the commercialisation of graphene, and developing its applications for the future in tandem with industrial partners. It is a significant first step in the vision to create a ‘Graphene City’ in Manchester. Set to be completed next year, the £60m Graphene Engineering Innovation Centre (GEIC) will complement the NGI and initiate further industry-led development in graphene applications with academic collaboration.The Government provided £38m for the construction of the Institute via the Engineering and Physical Sciences Research Council, with the remaining £23m provided by the European Regional Development Fund.

Graphene is the world's first two-dimensional material, made up of a hexagonal lattice of carbon atoms. It is just one atom thick yet 200 times stronger than steel, ultra-conductive, light, flexible and transparent. For its discovery and subsequent characterisation at The University of Manchester, Sir Andre Geim and Sir Kostya Novoselov were awarded the Nobel Prize for Physics in 2010.

Graphene’s potential uses are vast, but one of the first areas in which products are likely to be seen is in composites. More than 45 companies from across the world have already chosen to partner with The University of Manchester working on graphene-related projects.