DarrenMutch1882 Tuesday 20, September 2016 06:00 PM
@darrenleydale: PSA: Where can I locate the cheapest pint in Aberdeen city centre?! This is urgent

LeeC1987 Tuesday 20, September 2016 05:52 PM
@Blueprint_Bear @RangersFC surely that will be his 2 centre halfs for the weekend, a expected senderos to play tonight with aberdeen in mind

History of the U.S. Capitol Building 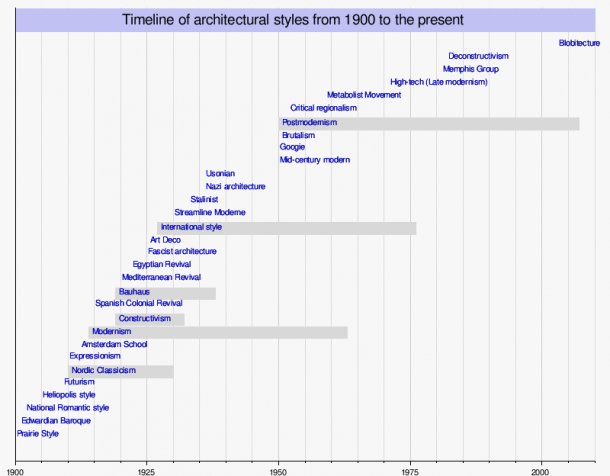 In accordance with the "Residence Act" passed by Congress in 1790, President George Washington in 1791 selected the area that is now the District of Columbia from land ceded by Maryland. He also selected three commissioners to survey the site and oversee the design and construction of the capital city and its government buildings. The commissioners, in turn, hired the French engineer Pierre Charles L'Enfant to plan the new city of Washington. He located the Capitol at the elevated east end of the Mall, on the brow of what was then called Jenkins' Hill. The site was, in L'Enfant's words, "a pedestal waiting for a monument."

L'Enfant was expected to design the U.S. Capitol Building and to supervise its construction. However, he refused to produce any drawings for the building, claiming that he carried the design "in his head"; this fact and his refusal to consider himself subject to the commissioners' authority led to his dismissal in 1792. In March of that year the commissioners announced a competition, suggested by Secretary of State Thomas Jefferson, that would award $500 and a city lot to whoever produced "the most approved plan" for the U.S. Capitol Building by mid-July. None of the 17 plans submitted, however, were wholly satisfactory. In October, a letter arrived from Dr. William Thornton, a Scottish-trained physician living in Tortola, British West Indies, requesting an opportunity to present a plan even though the competition had closed. The commissioners granted this request.

Thornton's plan depicted a building composed of three sections. The central section, which was topped by a low dome, was to be flanked on the north and south by two rectangular wings (one for the Senate and one for the House of Representatives). President Washington commended the plan for its "grandeur, simplicity and convenience, " and on April 5, 1793, it was accepted by the commissioners; Washington gave his formal approval on July 25.

President Washington laid the cornerstone of the U.S. Capitol in the building's southeast corner on September 18, 1793, with Masonic ceremonies. Work progressed under the direction of three architects in succession. Stephen H. Hallet (an entrant in the earlier competition) and George Hadfield were eventually dismissed by the Commissioners because of inappropriate design changes that they tried to impose; James Hoban, the architect of the White House, saw the first phase of the project through to completion.

Construction was a laborious and time-consuming process: the sandstone used for the building had to be ferried on boats from the quarries at Aquia, Virginia; workers had to be induced to leave their homes to come to the relative wilderness of Capitol Hill; and funding was inadequate. By August 1796 the commissioners were forced to focus the entire work effort on the building's north wing so that it at least could be ready for government occupancy as scheduled. Even so, some third-floor rooms were still unfinished when the Congress, the Supreme Court, the Library of Congress, and the courts of the District of Columbia occupied the U.S. Capitol in late 1800.

In 1803, Congress allocated funds to resume construction. A year earlier, the office of the commissioners had been abolished and replaced by a Superintendent of the City of Washington. To oversee the renewed construction effort, Benjamin Henry Latrobe was appointed architect. The first professional architect and engineer to work in America, Latrobe modified Thornton's plan for the south wing to include space for offices and committee rooms; he also introduced alterations to simplify the construction work.

Latrobe began work in 1804 by removing a squat, oval, temporary building known as "the Oven, " which had been erected in 1801 as a meeting place for the House of Representatives. By 1807 construction on the south wing was sufficiently advanced that the House was able to occupy its new legislative chamber, and the wing was completed in 1811.

In 1808, as work on the south wing progressed, Latrobe began the rebuilding of the north wing, which had fallen into disrepair. Rather than simply repair the wing, he redesigned the interior of the building to increase its usefulness and durability; among his changes was the addition of a chamber for the Supreme Court. By 1811 he had completed the eastern half of this wing, but funding was being increasingly diverted to preparations for a second war with Great Britain. By 1813, Latrobe had no further work in Washington and so he departed, leaving the north and south wings of the U.S. Capitol connected only by a temporary wooden passageway.

The War of 1812 left the Capitol, in Latrobe's later words, "a most magnificent ruin": on August 24, 1814, British troops set fire to the building, and only a sudden rainstorm prevented its complete destruction. Immediately after the fire, Congress met for one session in Blodget's Hotel, which was at Seventh and E Streets, N.W. From 1815 to 1819, Congress occupied a building erected for it on First Street, N.E., on part of the site now occupied by the Supreme Court Building. This building later came to be known as the Old Brick Capitol.

Latrobe returned to Washington in 1815, when he was rehired to restore the U.S. Capitol Building. In addition to making repairs, he took advantage of this opportunity to make further changes in the building's interior design (for example, an enlargement of the Senate Chamber) and introduce new materials (for example, marble discovered along the upper Potomac). However, he came under increasing pressure because of construction delays (most of which were beyond his control) and cost overruns. He resigned his post in November 1817.

On January 8, 1818, Charles Bulfinch, a prominent Boston architect, was appointed Latrobe's successor. Continuing the restoration of the north and south wings, he was able to make the chambers for the Supreme Court, the House, and the Senate ready for use by 1819. Bulfinch also redesigned and supervised the construction of the Capitol Building's central section. The copper-covered wooden dome that topped this section was made higher than Bulfinch considered appropriate to the building's size (at the direction of President James Monroe and Secretary of State John Quincy Adams). After completing the last part of the building in 1826, Bulfinch spent the next few years on the Capitol's decoration and landscaping. In 1829, his work was done and his position with the government was terminated. In the 20 years following Bulfinch's tenure, the Capitol was entrusted to the care of the Commissioner of Public Buildings.