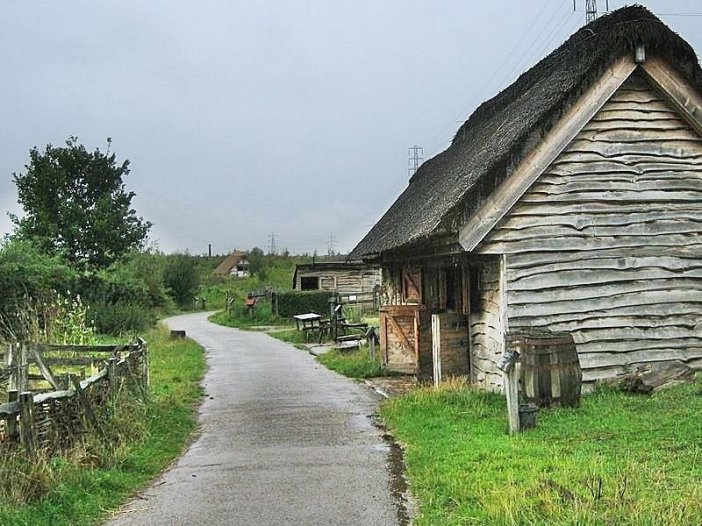 Welcome to England, the largest of the four home nations of the United Kingdom and by far the most visited. The Kingdom of England has existed in its current form since Æthelstan of Wessex drove the Vikings out of Northumbria in 927, although its history dates back much further.

For those interested in ancient history, there's world famous Stonehenge and Maiden Castle, not to mention the hundreds of Roman remains scattered across the land. For those more interested in the little-known Dark Ages there are a handful of Anglo-Saxon and Viking sites to visit, although unfortunately only earthworks and the occasional church still remain.

Judging by the most popular pages on Historic UK however, it would seem that most of our visitors are interested in castles! From Norman motte and bailey castles to Victorian follies, nowhere is England's brutal and torrid history more evident than in the fortifications that scatter the land.

Unfortunately, thanks to Cromwell and the English Civil War, only a small portion of English castles remain intact to their former glory. Warwick Castle is a great example of one of these lucky survivors, as well as Amberley Castle near London, where you can stay overnight and experience the history for yourself!

Starting at the south western tip of the country, Cornwall and Devon offer some of the most impressive scenery in the land. Imagine rolling hills, crashing waves, great beaches and a myrriad of castles. Unfortunately, any pre-Norman sites are few and far between in the area, however Cornwall is home to Tintagel Castle, possible site of King Arthur's Camelot!

Moving east, the county of Dorset is perhaps most famous for the Jurassic Coastline - a great venue for kids and adults alike who have an interest in dinosaurs and fossils. There is also Somerset, Wiltshire and the New Forest, as well as the world famous Stonehenge site.

Only a couple of hours from the New Forest lies London, an ancient city with more historical attractions than you can shake a stick at. If you are visiting London then be sure to check out our 'Secret London' guide which covers the often overlooked, lesser-visited historical sites in the metropolis.

Moving into the Midlands and you enter the heartland of the industrial revolution. From Ironbridge, the first arch bridge in the world to be made of cast iron, to the old warehouses of Birmingham, this is the region to visit if you have an interest in engineering or manufacturing.

Further north and the industrial theme continues, especially when you reach the areas of Merseyside and Greater Manchester. Sadly neglected for most of the 20th century, today the region is thriving once more with high tech industry, fabulous restaurants and a nightlife rivalled only by Newcastle! There is also the land of the two roses, namely the red Lancashire rose and the white Tudor rose of Yorkshire, which is funnily enough where the name 'The Wars of the Roses' came from!