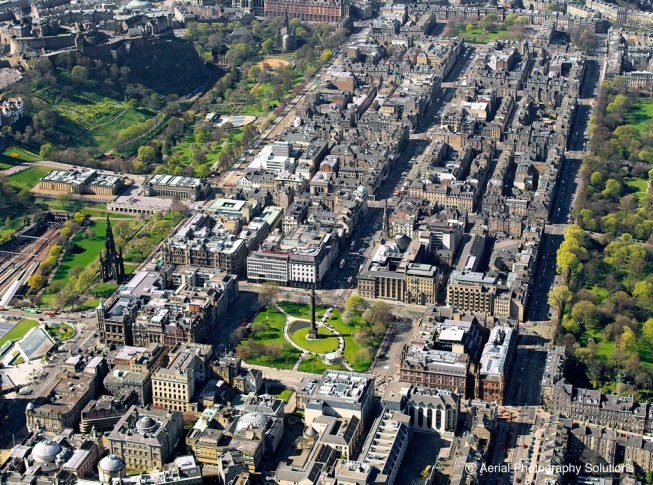 Edinburgh's Old Town is a labyrinth of cobbled streets, narrow alleyways and hidden courtyards, all amazingly well preserved and steeped in the city's history. At its centre is the Royal Mile, a remarkable street of Reformation-era tenement buildings leading from the seat of Edinburgh Castle on Castle Rock down to the grandiose Palace of Holyroodhouse.

St Giles' Cathedral boasts a magnificent vaulted ceiling and ornate tombs, while the recently refurbished National Museum of Scotland on Chambers Street is home to a wealth of rare and priceless artefacts. Delving below ground, a tour of Edinburgh's vaults reveals a subterranean world of forgotten chambers that once housed the city's poor.

While the Old Town is a fascinating destination at any time of year, it is particularly captivating in August, when performers flood the austere streets and the town comes alive with the sights and sounds of the Edinburgh Fringe and Festival.

Inspired by the lofty ideals of the Scottish Enlightenment, the neat and ordered grid of the New Town provides an elegant contrast to the labyrinthine design of the Old Town. Its broad streets boast spectacular neoclassical and Georgian architecture, with a wealth of beautiful buildings perfectly preserved since their construction in the 18th and 19th centuries.

Visitors are treated to a glimpse of how the city's upper classes lived in the 18th century on a trip to the exquisite Georgian House in Charlotte Square, open from March to November. The recently refurbished Scottish National Portrait Gallery, just a short walk away on Queen Street, houses a magnificent collection of paintings and photographs of Scotland’s most iconic figures, from Mary Queen of Scots to Sean Connery and beyond.

The upmarket George Street is filled with sophisticated designer shops and chic bars and restaurants, while neighbouring Dundas Street is home to galleries, antique shops and independent boutiques, all located in lovely Georgian buildings.