Architecture of the Pacific Northwest 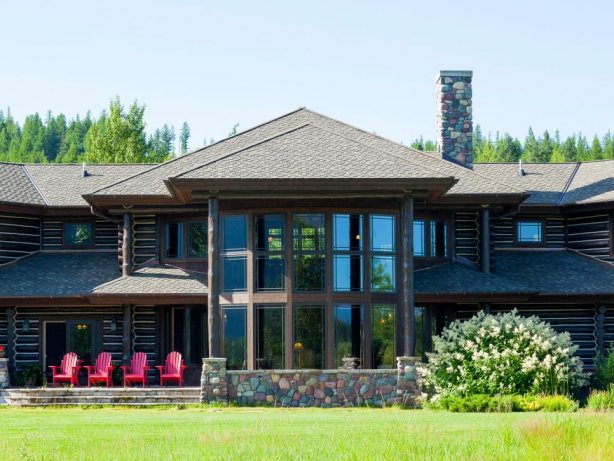 Refers to the style predominantly of architecture and the decorative arts, widely disseminated in Europe and the United States in the 1920s and 1930s, which became popular after the Exposition Internationale des Arts Décoratifs et Modernes in Paris in 1925. The style is characterized by a synthesis of industrial and fine arts materials used to create a wide variety of both man-made and mass-produced objects, often with an emphasis on rectilinear motifs, vibrant colors, and elegant, abstracted, simplified forms.

The style of architecture and city planning originally taught at the École des Beaux-Arts in Paris and at other schools in the United States in the 19th and 20th centuries. The style is characterized by an emphasis on the harmonious composition of elements that form a Classical whole, the revival of Baroque and Neoclassical styles, and cities laid out geometrically with wide, grand streets.

In general terms, refers to the movement among architects and engineers, principally Daniel Burnham, William Le Baron Jenney, John Root, and the firm of Dankmar Adler and Louis Sullivan, during the late 19th century that ultimately led to the development of the skyscraper and a distinct modern style of architectural design featuring steel and iron skeletons clad with masonry, simple exterior decoration often in red brick or terracotta, the rejection of historical forms, and the use of blocky geometric volumes. They were among the first to promote the new technologies of steel-frame construction in commercial buildings, and developed a spatial aesthetic which co-evolved with, and then came to influence, parallel developments in European Modernism. Some of the distinguishing features of the Chicago School are the use of steel-frame buildings with masonry cladding (usually terra cotta), allowing large window areas and the use of limited amounts of exterior ornament. Elements of neoclassical architecture are reflected in Chicago School skyscrapers, as many resemble a column. The first floor functions as a base, the middle stories act as a vertical shaft, and the building is capped with a semi-traditional cornice. The "Chicago window" originated in this school. It is a three-part window consisting of a large fixed center panel flanked by two smaller double-hung sash windows.

This style refers to late 18th- to early 20th-century architecture and ornament based relatively closely on ancient classical forms.

A secular version of the Gothic style, derived from the college buildings at Oxford and Cambridge. It was popular in North America from the 1880s to the 1920s and used for academic buildings and other institutional structures.

Refers to the movement in architecture and interior design prevalent in the late 19th and early 20th centuries in countries formerly colonized by Great Britain. The style, mostly seen in domestic architecture and promoted as a picturesque 'national' style, is a direct resurrection of building styles of the early colonial periods and of the Neo-Georgian period.

A skeletal, rectangular style of the first five-story to fifteen-story skyscrapers, brought to full form in Chicago, New York and Philadelphia. It was characterized by flat roofs, and minimal ornament except for slight variations in the spacing of windows. Extensive use of glass was made possible by its steel-frame construction, which could bear the structural loads that masonry could not.