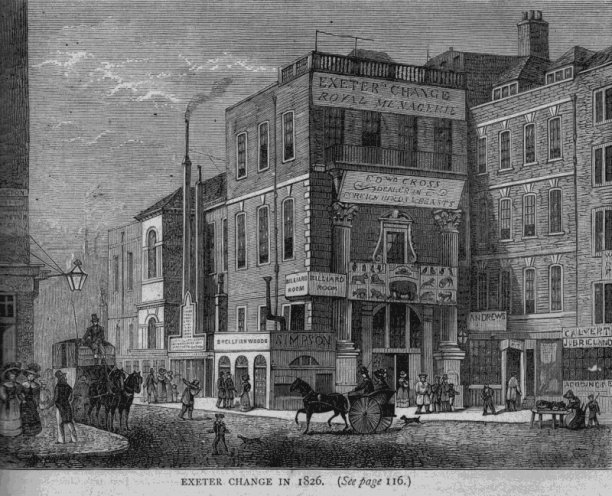 The Royal Albert Hall of Arts and Sciences - to give this huge structure its full title - is chiefly used for concerts. Its dimensions arc 270 ft. by 240 ft, with a circumference of 810 ft., so it is not surprising that upwards of 8, 000 people can he accommodated within its walls. The building is Italian Renaissance in style, and was designed by Messrs. Fowke & Scott, being completed in 1871. Its ornamentation of coloured brick and terra-cotta is most effective, and the frieze, representing the nations of the world, is well worthy of the famous artists who were engaged upon it. Half of the cost of the building, or £100, 000, was defrayed by public subscription, and £50, 000 was was contributed out of the profits of the Great Exhibition of 1851.

Victorian London - Publications - History - The Queen's London : a Pictorial and Descriptive Record of the Streets, Buildings, Parks and Scenery of the Great Metropolis, 1896 - Interior of the Royal Albert Hall

INTERIOR OF THE ROYAL ALBERT HALL.

The Royal Albert Hall, Kensington, was built in 1867-71 at a cost of £200, 000, of which some £40, 000 was obtained by the sale of boxes. The arena is 100 feet by 70 feet, and holds a thousand persons, while altogether some eight thousand can be comfortably accommodated. Above the three rows of boxes and the balcony, is a gallery, where on occasion pictures are exhibited. In keeping with this enormous amphitheatre is the organ, one of the largest in the world, with its eight thousand pipes, and its bellows worked by two steam engines. The Hall is used mostly for organ recitals and concerts; but now and again, so admirable are its acoustic properties, it is the scene of public meetings.