Deeside Timberframe is one of Scotland’s top manufacturers and suppliers of timber frame homes for the self build market. We have a comprehensive range of timber...

Architecturally, Cork is very much a city of the 19 th century. The majority of the buildings on the principal streets and many of the churches and public buildings...

Provide electrical protection in areas served by exposed outside plant cables and are designed for indoor use only. Safety standards for telecom protection devices... 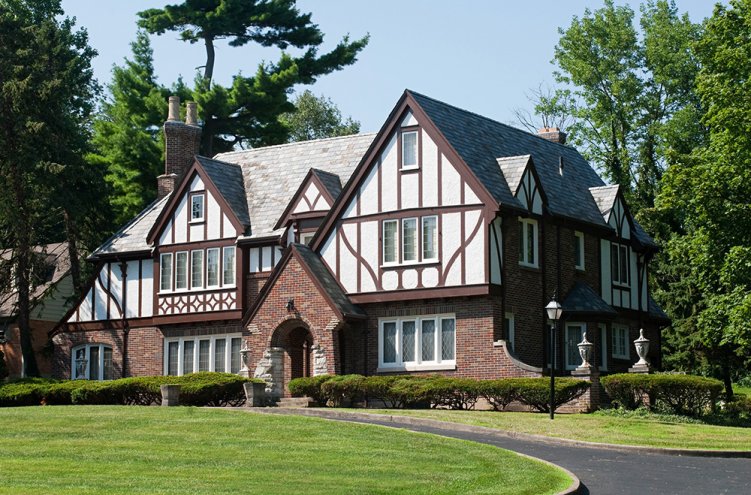 When someone mentions Tudor architecture, the image that most often comes to mind is the black and white timber/ plaster constructions. While this style of building did occur during the reign of the Tudors and earlier, it has been popular enough to continue as a building pattern to this very day. Most "Tudor" black and white buildings do not date from the 16th century, but were built during later "revival" periods. However, some towns have managed to preserve their original buildings. Shrewsbury and Chester have fine examples of original 16th century buildings. Stratford-upon-Avon also has a number of preserved Tudor and Elizabethan buildings, such as Palmer's Farm (formerly called Mary Arden's House), pictured above.

Merchants would compete for store-front space, so the ground floor area would be limited by the amount of space available. From there, the upper floors would overhang the ground floors, enlarging the square footage on the upper stories. For the wealthier merchants, the exposed wood beams would be elaborately carved or shaped. For the less prosperous, the homes were usually only two stories high and there was little or no carving.

We would suggest Greek Products.

The frame of the house varied with the cost that could be afforded. The most basic, and cheapest, was the cruck frame. This kind of frame was made from a tree with a strong outgrowing branch. The angle between the trunk and branch formed the roof peak like this: / These inverted 'V's would be at either end of the house, with a ridge rafter joining them together.

The more expensive frame was the box frame, which was a rectangular form with a triangle frame perched on top. These were usually built on stone or rubble and later, brick, foundations. The timber frame joints were secured horizontally and vertically with wooden pegs. Sometimes between the ground floor and the roof, the upper floors would jut out. The spaces between the boards of the frame would be filled by smaller studs. The spaces between the studs, in turn, would be occasionally filled with stone or brick, but most often with wattle and daub. Of course, some spaces were reserved for windows and doors.

Wattles were vertical stakes which had thin branches woven between them, forming a mesh foundation. Over this base would be clay, mud or plaster (usually made with lime) mixed with straw, and this was known as daub. In the western counties of England, the exposed wood timbers would be covered with tar to protect them from the weather. The wattle and daub parts of the house would be painted white (which also acted as a protector) and gave us the familiar color scheme of 'black and white'.

The roof would be covered with thatch, tiles or slate. The insides of the homes would have wood paneled walls that were sometimes arranged into decorative patterns. In some homes, instead of bare timber ceilings, the rafters would be concealed with plaster, which also was sometimes decorative.

For people who could not afford the timber framing, the homes were made of cob, which was a mixture of mud, lime and straw. The walls were often painted white, yellow or pink and can still be seen this way in the southwest counties of England.

In the 15th and 16th centuries, stone became more popular for building medium sized homes, and not just castles and cathedrals, especially in areas where wood was scarce or where local stone was plentiful. The limestone cottages of the Cotswolds are a familiar example of this.