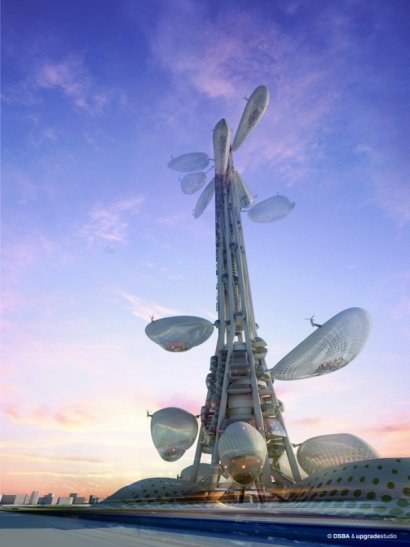 SINGAPORE — At 51, Singapore is shrugging off all symptoms of a midlife crisis and embracing travelers with more and better things to see, taste and experience than ever before.

The tiny city-state with a living standard the envy of many nations recently celebrated 50 years of independence since being thrown out of the Malaysian federation. Back then there was no telling what the future held; the nation’s founder Lee Kuan Yew reportedly cried as he announced the split. But Singapore has emerged as one of Asia’s most prosperous, multicultural and stable countries. It’s also famously clean, with strict laws against littering.

I started my visit with a walk exploring Singapore’s British colonial past along the city’s quays. Historic buildings here include the Gothic St. Andrew’s Cathedral, Victoria Theatre and the Empress Place Building, which houses the intriguing Asian Civilisations Museum. The famous Raffles Hotel is a colonial gem that has hosted the likes of Rudyard Kipling and Michael Jackson, while the Fullerton Hotel was the main post office until 1996. Off the Fullerton, I took time to admire the intricate Cavenagh and Anderson bridges, landing conveniently on Boat Quay, a buzzy waterfront of bars and restaurants. As I walked, I snacked on a mango wafer-ice cream sandwich, topping it off with a kopi, a traditional coffee drink made from beans roasted with butter and sugar, sometimes served with rich condensed milk.

Finish off your heritage walk with some of Singapore’s striking contemporary architecture: the Norman Foster-designed Supreme Court, the Esplanade Theatres or the flower-shaped ArtScience Museum, reached via the quirky Helix Bridge, shaped like DNA’s double-helix. The backdrop for all this is the Marina Bay Sands Hotel, one of the world’s most photographed hotels. Designed to resemble three decks of cards, it’s joined together at the 57th floor by a stunning SkyPark with the world’s highest infinity pool, a lounge and bar. Anyone can visit the SkyPark Observation Deck for stunning 360-degree views of the harbor and skyline, but the pool is open only to hotel guests. Rooms are pricey — more than $250 a night even in low season (summer-early fall).

Singapore is extremely clean. You’re not allowed to bring gum into the country, and the U.S. State Department’s travel advisory warns about physical punishment for vandalism. (I unthinkingly popped a soda open on the subway, then quickly hid it in response to other passengers’ disparaging stares.) But ethnic and traditional neighborhoods are a little less sterile and more colorful than downtown streets.

Chinatown is dotted with temples and buildings attesting to the rich heritage of Malay-born Chinese who immigrated here in the 19th century. You’ll see fine art deco homes on streets like Ann Siang Road. At the Buddha Tooth Relic Temple, a tooth ostensibly belonging to the Buddha is encased in a 900-pound solid-gold stupa. Little India is a jolting feast for the senses: busy shops selling anything from cellphones to spices, hole-in-the-wall restaurants with flavorful cuisine, mosques and colorful Hindu temples.