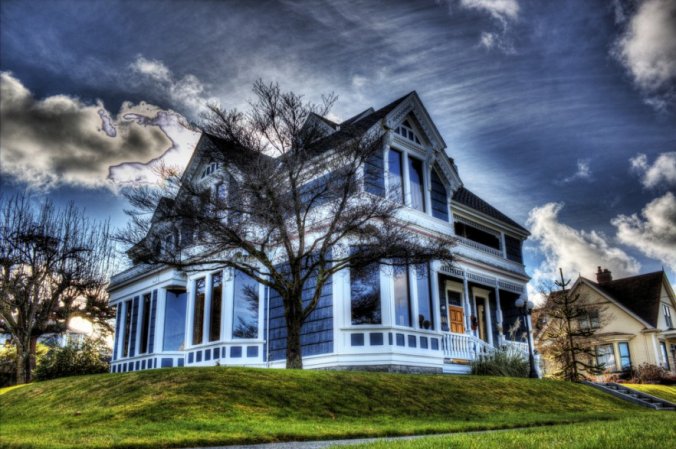 The Gothic Revival. In reaction to the classical style of the previous century, the Victorian age saw a return to traditional British styles in building, Tudor and mock-Gothic being the most popular. The Gothic Revival, as it was termed, was part spiritual movement, part recoil from the mass produced monotony of the Industrial Revolution. It was a romantic yearning for the traditional, comforting past. The Gothic Revival was led by John Ruskin, who, though not himself an architect, had huge influence as a successful writer and philosopher.

Extravagant... Most popular architectural styles were throwbacks; Tudor, medieval, Italianate. Houses were often large, and terribly inconvenient to live in. The early Victorians had a predilection for overly elaborate details and decoration. Some examples of large Victorian houses are Highclere Castle (Hampshire) and Kelham Hall (Nottinghamshire).

In late Victorian times the pendulum, predictably, swung to the other extreme and the style was simpler, using traditional vernacular (folk) models such as the English farmhouse. This period is typified by the work of Norman Shaw at 'Wispers' Midhurst, (Sussex).

Not just styles changed. The Industrial Revolution made possible the use of new materials such as iron and glass. The best example of the use of these new materials was the Crystal Palace built by Joseph Paxton for the Great Exhibition of 1851.

The Arts and Crafts movement. Another name that has to be mentioned in the context of Victorian art and architecture is that of William Morris. Neither artist nor architect, he nevertheless had enormous influence in both arenas. Morris and his artist friends Rossetti and Burne-Jones were at the forefront of the movement known as 'Arts and Crafts'. Part political manifesto, part social movement, with a large dollop of nostalgia thrown in, the Arts and Crafters wanted a return to high quality materials and hand-made excellence in all fields of art and decoration.

The cheap, mass-produced (and artistically inferior) building and decorating materials then available horrified them. Morris himself, through his Morris and Co., designed furniture, textiles, wallpaper, decorative glass, and murals. Many of Morris' designs are still popular today.