LiquorishTree Friday 16, September 2016 06:31 PM
@magicsuitcase do they teach art in schools in England? I know they have lots of theatre... want to pick a viable UK career

Is this the end of the British art school? 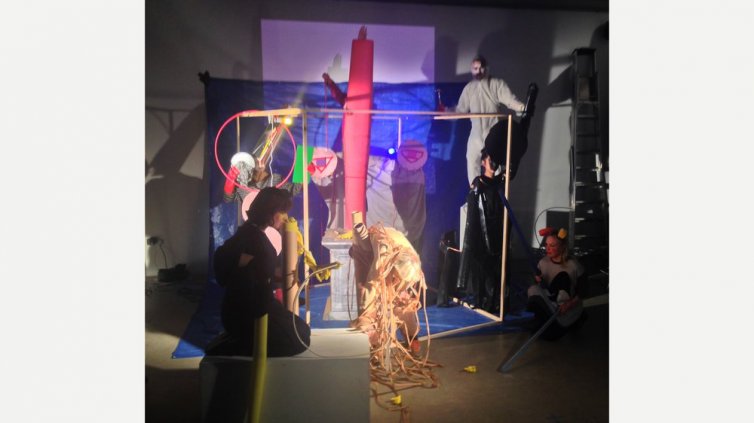 When the Great Exhibition opened its doors in 1851, Britain’s reputation as the workshop of the world was on the wane. Few visitors would have known it at the time, but the exhibition signified the high watermark of British manufacturing. French design and Prussian engineering were already edging ahead. In 2012, London hosted another event designed to present Britain to the world – one which referenced the upheaval of the Industrial Revolution by featuring towering smoke stacks and beating drums.

Danny Boyle’s Olympic opening ceremony represented British history as a creative blossoming that started in the nineteenth century but seemed to reach its zenith in the twentieth century when fashion, film and pop music boomed. And yet it seems to me that Boyle’s Olympic opener – just like the Great Exhibition – was telling a story about Britain that had already ceased to be true. The circumstances which made it possible for artists to thrive in Britain during the twentieth century are rapidly disappearing. And perhaps one of the most essential changes is in our art schools.

Name any one of the UK’s most famous designers or musicians, never mind artists, and they are likely to have set foot in an art school at one time or other: David Bowie, Pete Townsend, Brian Eno, Vivienne Westwood, John Galliano. I could go on and on. Economist Hasan Bakhshi of innovation charity Nesta says that he is frequently asked about how we run our art schools by educationalists abroad. Art schools are perceived by many as the key to our creative success.

Yet art schools have changed dramatically over the last 20–30 years, causing many to question whether they will, in the future, cultivate the innovators we so badly need. Art schools used to be havens for students who, for whatever reason, had not found their niche in the traditional academic system. Now prospective art students very often have to prove their academic credentials to compete for a place at the most prestigious colleges. Once on the course, art students have to submit an increasing volume of written work, arguably a distraction from practical skills and craft.

Tuition fees have made higher education in Britain more expensive than anywhere else in Europe, and art schools are no exception. This means that the social and economic mix is disappearing (students from poorer backgrounds being less inclined to take out a loan for a non-vocational subject such as fine art). What’s more, art schools are going out of their way to attract foreign students for the extra income they bring. Unsurprisingly, there is deep concern among many artists and teachers that the age of the art school is over: workshops for ceramics, printing, and metalwork have been replaced by computer rooms, digital expertise is prioritised before craft; student numbers are rocketing and teaching hours are sinking.

Designer Jay Osgerby graduated with a Masters in architecture from the Royal College of Art. He’s one of a generation of British designers who are now leading design practice around the world, in every field from fashion to technology. The head of Burberry, Christopher Bailey, was in the same year as Jay and his partner Edward Barber; Thomas Heatherwick was another who attended the RCA around the same time; and Apple’s Jonathan Ive was an industrial design student at Newcastle Polytechnic.