10 Things About a British Home That Will Confuse Americans 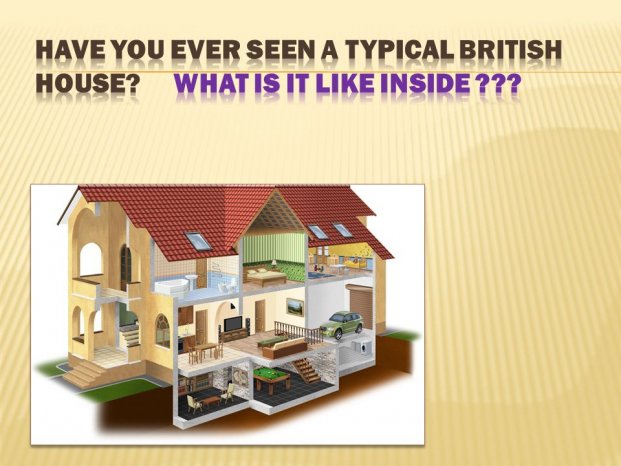 Wherever you may go around the world, it’s easy to conclude that if a home has four walls and a ceiling, everything else must be broadly the same. Well, even if that were true (and it’s not) there are still tiny differences between a house on the other side of the world and the house you normally live in that can be quite unsettling the first time you encounter them.

So, having conducted extensive research into American and British households (by comparing notes between the traveling experiences of Anglophenia writers) what are the things that are commonly recognizable to most British households that will come as a surprise to most American visitors?

Here are some possibilities, be prepared:

Pay As You Go meters
To avoid getting stung by unexpected bills for gas and electricity, some British households use a system whereby they go to a local shop and have credit placed on an electronic tag called a PayPoint key. Just as a pay-as-you-go phone gives you a set amount of credit to make and receive calls, so the PayPoint key gives you a certain amount of gas, electricity or even water. This is just a modern update on the old system which relied upon putting coins in a meter.

No light switches and plug sockets in the bathroom
Due to a healthy fear of electrocution, British bathrooms don’t tend to be wired up for electricity, as it does not play nicely with water. The noble exception to this rule is the two-pin electric shaver socket, which can either be wall-mounted or part of the light over a mirror. Some bathrooms don’t even have the light switch in the room: It’s out in the hall or landing, just by the door. It’s worth checking this before you find yourself feeling a wall in the middle of the night while busting for a pee.

“The bathroom”
This is worth getting right before you’re in too much of a hurry. Should you need to use the conveniences, ask for a bathroom and you may be directed to a room with a bath in it, but no toilet. The Brits are terribly literal like that. By all means, ask if you can use the toilet, or the lavatory, or the loo, and they will immediately direct you to the nearest room in which you can do your business.

No sinks in the toilet in some homes
Not true of every house, but sometimes there’s just a toilet and no sink. Sometimes the sink is in the bathroom, where there is no toilet. It’s best not to think about the logistics of other people’s hand-washing too much when in a home such as this.

Separate hot and cold taps, with no mixing tap for warm water
As we’ve discussed before, the reason why the Brits used to be very keen on keeping their hot and cold water in separate hot/cold taps is a little unsettling. We’ll let Tom Scott explain why, because it’s gross:

Anyway, there are still sinks with separate hot and cold taps, but probably not because there’s rat water in the loft any more. Should you wish a nice mix of both to wash your hands, you’ll have to do it in the sink.