MagenHaSeder Wednesday 21, September 2016 08:20 PM
@PowerSlaveProf @Kim_Shashima @JFWRWLF -enjoyed hearing about the history of structures, and even the architecture or the buildings, a bit -

The 14 Most Anticipated Buildings of 2014 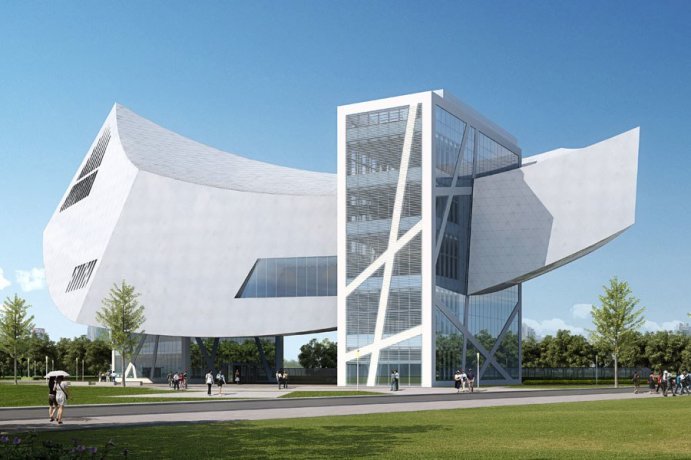 Building high, adding on, and starting with carte blanche—Architectural Digesttakes a snapshot of the state of architecture today by looking at 14 new projects that do just that. The quest to construct New York City’s tallest residence is changing the Manhattan skyline just as the world's first super high-rise neighborhood is taking shape in Shanghai's Pudong district. With his successful expansion of Louis Kahn's Kimbell Art Museum under his belt, Renzo Piano flirts with historic structures in Boston and Paris, while Steven Holl goes face-to-face with Charles Rennie Mackintosh’s masterpiece of modern architecture in Glasgow, Scotland. Diller Scofidio + Renfro and Shigeru Ban make their marks with a string of new museums opening across North and South America. Thirty years after Coop Himmelb(l)au’s now iconic design for a remodel of a Vienna rooftop helped usher in Deconstructivist architecture, the firm’s fragmented forms are popping up in three major projects throughout Europe. Also early proponents of Deconstruction, Daniel Libeskind and Zaha Hadid trade in tortured typologies for soaring structures in China—the former with the Zhang ZhiDong and Modern Industrial Museum in Wuhan, China, the latter with the Jockey Club Innovation Tower in Hong Kong.